Under construction. Please have patience. Namaste!

“Not long ago, an old photo-medallion of the mid-19th century with an early, unknown portrait of H. P. Blavatsky was discovered at a German auction in the city of Trier. The medallion in the form of a folding book with a loop for wearing on a chain is lined with gold leaf.”

She appears of 17-19 at the time the photo was taken. At that time she lived in Tifles. Who could have been the owner and how went the medallion to Trier? We have no trace for it. 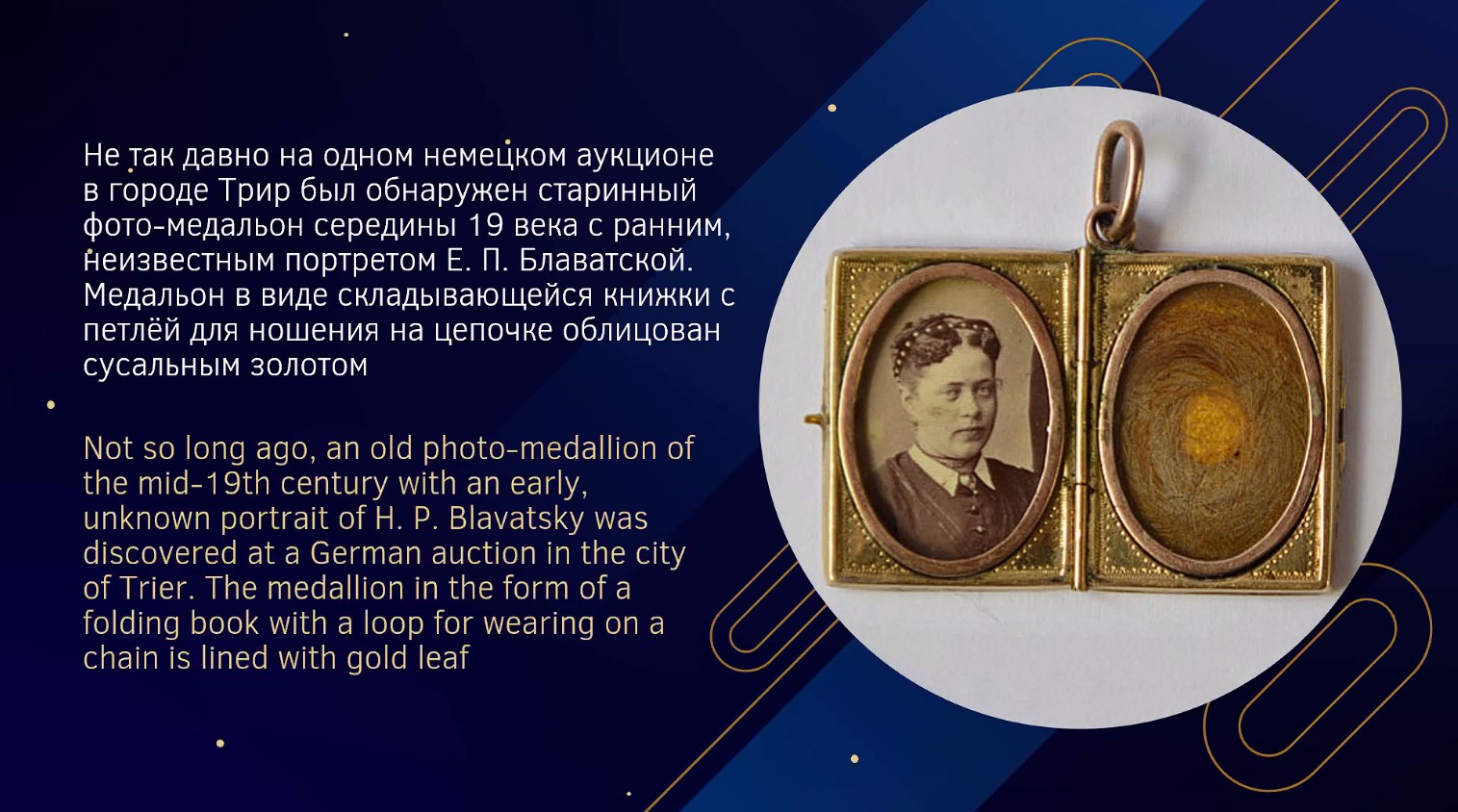 “Below them on the left is a photograph of a young Helena Petrovna von Hahn (later, by her husband Blavatsky), on the right is her hair. About the hair, we can say that they are a light brown shade. The portrait is a black-and-white-photograph, the widespread use of which, as is known, was already in use in a photo studio since 1839.”

The gold medallion from outside. 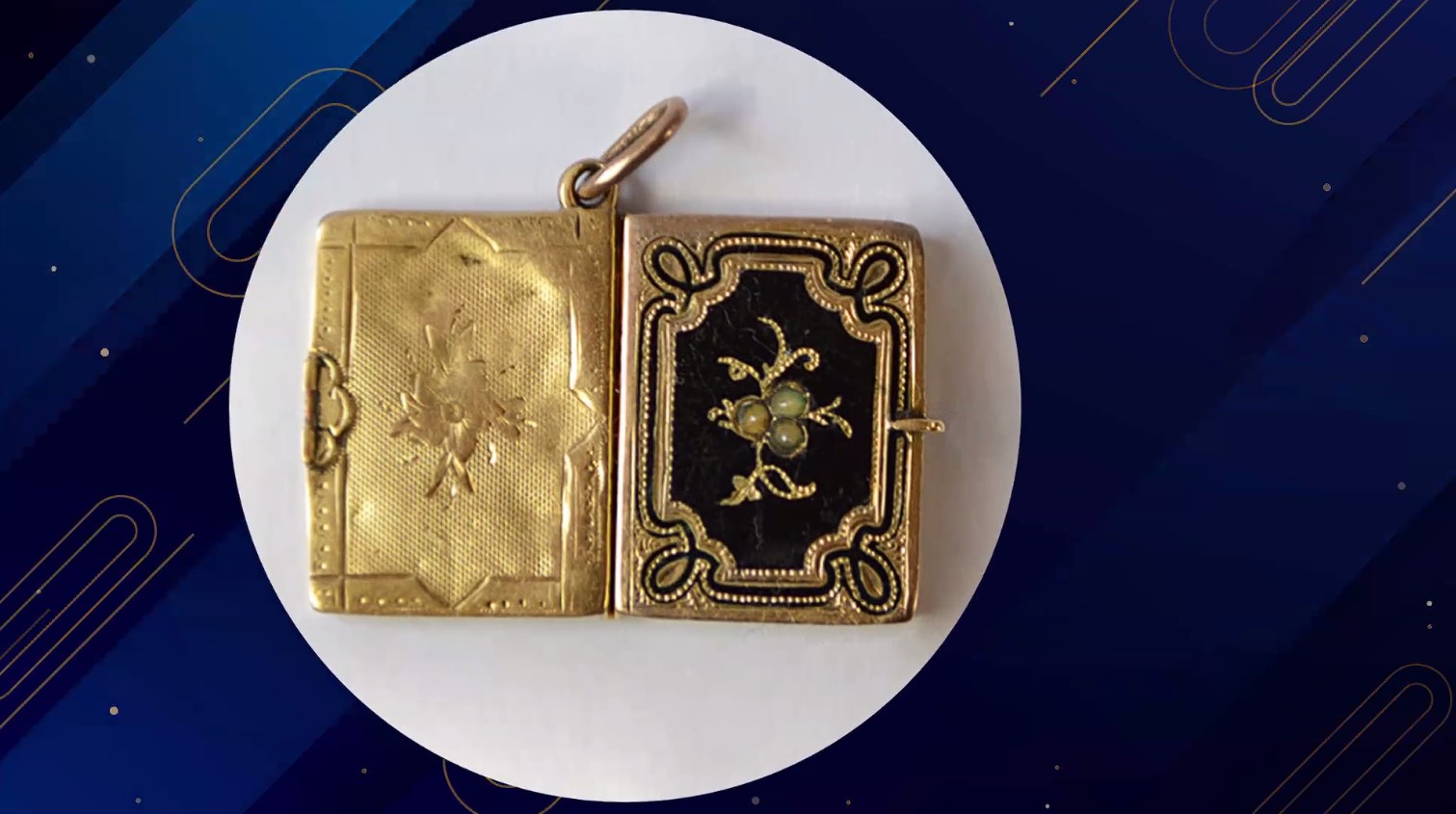 These slides of the newly important discovery were presented at the close of the Congress on Nov. 28th, 2022, see video “Live Broadcast – 2nd Day, VI International Theosophical Congress | Russia, Nizhny Novgorod” at 6:40:38, where also an announcement and invitation for the next Congress was made, which will be the VII. International Theosophical Congress on November 25th and 26th, 2023, in Moscow. The medallion will then be exhibited there. Participants of the Congress will be able to view it in the original state of preservation.

The photo and medaillion were first presented on the White Lotus Day on May 8th, 2022 by the former Adamant Lodge of the Russia TS, both in the meantime being dissolved by TS President Tim Boyd by letter of June 15th, 2022 (for geopolitical reasons?), see Theosophy News Worldwide 3rd Quarter 2022. The Russian organization continues as  Foundation Theosophy, an association launched by the Ardamant Lodge in 2018. Compare video “International Theosophical Relay “White Lotus” under the Banner of Peace! 05/08/2022″ at 1:07:33.